Do I need Orthotics

Sometimes feet can be a real pain.

You have only one pair of feet and they take you everywhere. So, it’s a good idea to take care of them. But, most people don’t give their feet a second thought … that is, not until they hurt. And once those feet are hurting, most have no idea of how to eliminate the pain. They often soak their aching feet or take time out for a quick foot rub, but outside of those remedies, their feet just go on hurting. That can lead to serious trouble. Most foot pain is the result of a faulty relationship between the bones and muscles of the foot. Even the slightest misalignment of the bones and muscles can cause a lot of discomfort. Misalignment can result in a number of problems, such as pronation, flat feet, persistent ankle sprains, bunions, corns, calluses … even back and neck pain.

But there is something that can help these problems. Something better than warn water in a tub and occasional massages. Prescription orthotics.

Some people call them “arch supports” but they really aren’t, they’re much more. Prescription orthotics are custom-made forms which correct your individual foot problems. They are made of high-impact materials, such as plastic and super-strength woven fibres, and they’re designed to be inserted right into your shoes.

The most important feature of a pair of orthotics is they’re made specifically for your feet. You and someone else may have a similar foot problem, but your feet are unique. They’re not like anyone else’s. That’s why orthotics are custom-made.

Once orthotics are slipped inside your shoes, they fit comfortably to your foot. So comfortably, in fact, that once you start wearing them you won’t want to walk without them again.

How do they work?

As your foot rests on the orthotic it is gently and consistently directed into the correct position for walking, running, and standing. With a pair of orthotics, pressure points, improper rotation of the foot, and painful muscle strain are all eliminated because your foot is functioning properly.

How are orthotics made?

First you must be fitted for them. It’s not hard. Your podiatrist gives you a complete examination and determines your particular foot problem. A plaster impression will then be made of your feet held in the correct position. When the casts are finished, they are sent to the orthotic laboratory where they are used to produce your orthotics. Here, technicians, following your podiatrist’s specifications, add special heel lifts, or built-ups to customise an orthotic to correct your specific problem.
The lab sends them back to your podiatrist … and they’re ready for fitting.

How long will I have to wear them?

There’s really not an answer to this question. You see, orthotics rarely cure your foot problem. They work on the same principle as glasses … an eye specialist may prescribe glasses for you, but they won’t cure your vision problems. Instead, orthotics simply modify the function of your foot as you continue to wear them. However, in some young patients, the early use of prescription orthotics before the body is fully developed may actually correct a foot problem. Or at least, they can insure that the problem does not develop further.
In other words … you’ll need to wear orthotics as long as you want to avoid discomfort.

Remember, your feet are the foundation for your entire body. Obtaining and consistently wearing orthotics can be the best investment you can make in your overall well-being.

Now, talk to your podiatrist

Half of your foot problem is already over. You accomplished that just by coming in to have your feet examined. Now, the other half is treating the problem. Orthotics may be what your podiatrist prescribes.

Facts to know about orthotics

Orthotics are made by prescription only and designed for your particular foot problem.

Warning! Many imitations are sold over the counter by sport shops and pharmacies. Genuine orthotics are prescription medical devices which correct your abnormal foot function and minimise your foot problem. 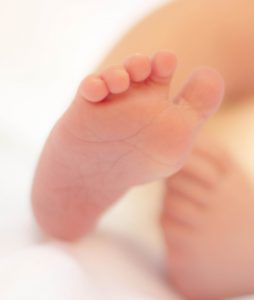